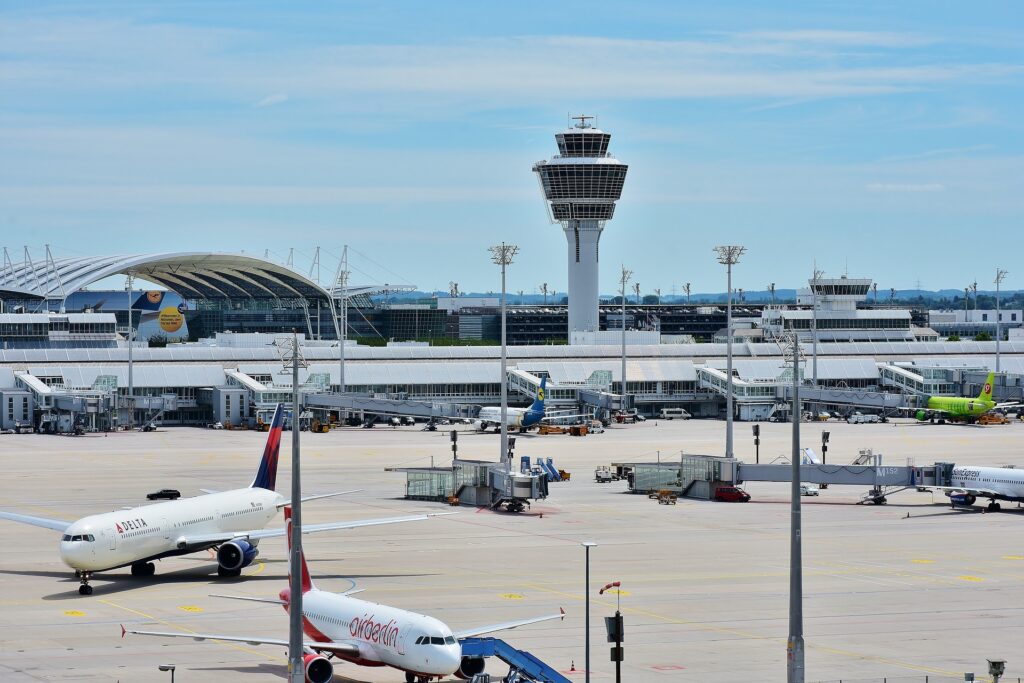 Munich International Airport as of 2015 offers flights to over 228 destinations in 66 countries and serves as a secondary base of operations for the  the German airline Deutsche Lufthansa, and its alliance airlines Lufthansa Regional and Star Alliance. The largest international carrier in Munich in terms of passengers handled is the Italian regional airline and subsidiary of Lufthansa, Air Dolomiti.

Facts About the Munich Airport

Located 41 min south of the Munich International Airport The Free State of Bavaria is Germany’s federal state. Making up for almost one fifth of the total land area in Germany with a population of over 12 million Bavaria is Germany’s most populous state and third largest city in the country. The München Bayern webcam located on top of the Programmdirektion Erstes Deutches Fernsehen building offers online viewers an exclusive panoramic view of the province.

Just 13 min from the Munich Airport lies the historic town of Freising – Altstadt. The town which was officially recognized as the bishop’s seat during the late middle ages today boasts numerous office and public and residential buildings clubs and civic centers. The Feuerwher Freising website shown in the link below features two webcams located at the main fire station. Camera no.1 provided a view overlooking the street to the southwest while camera 2 pointing west shows an overhead view of towards the old town and Cathedral Hill.