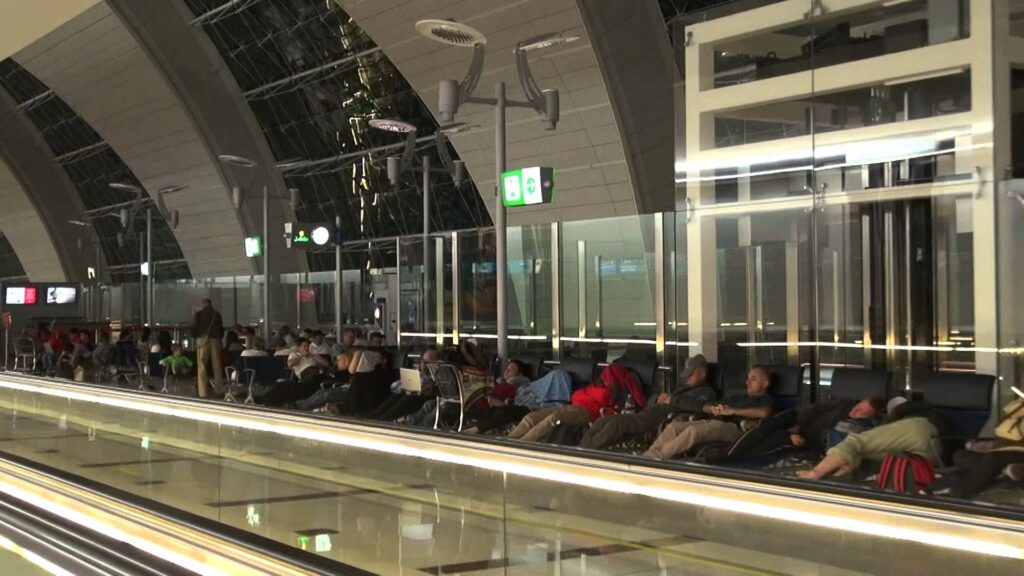 Located 4.6 kilometers east of Dubai in the Al Garhound residential and commercial locality the Dubai International Airport Dubai’a main airport forms the primary airline hub within the Middle Eastern region of the world.

Operated by the Dubai Airports Company Dubai International Airport headquarters Dubai’s international Airlines, FlyDubai, SkyCargo and is recognized today as the central point of its largest airline handling over 64 percent of total passenger traffic in the Middle East known as the Emirates, accounting for over 50 percent of all aircraft flight paths to and from the airport.

The airport situated on over 8,000 acres of land in 2014 managed a record breaking 66 million passengers marking an increase of over 15 percent to their passenger traffic in 2012 contributing to over US$21 billion to Dubai’s Gross Domestic Product.

The Dubai City View Webcam located on top of the Abo Hyal located in the emirate of Dubai features an overhead view of the city of Dubai west of the Dubai International Airport shown in the video link below.