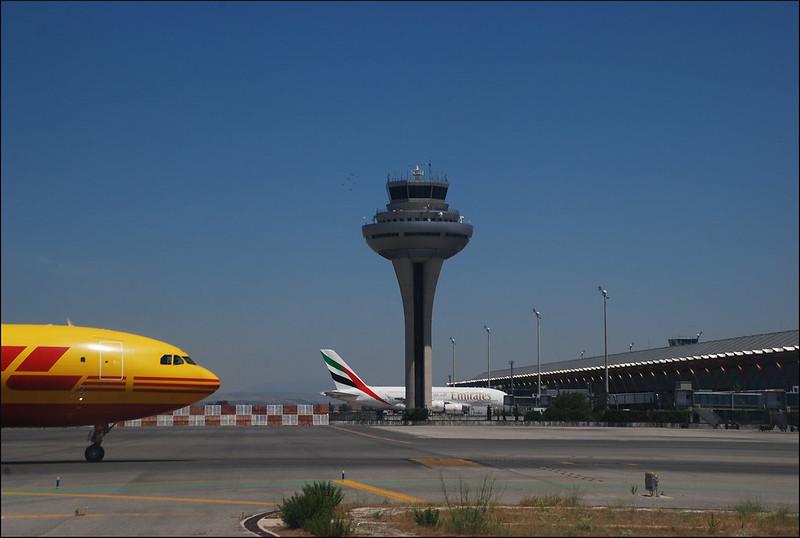 First opened in 1928 the Barajas Airport has grown to become the country’s largest and aviation center and sixth busiest airport in Europe handling over 39 million passengers in 2013.

The Barajas Airport derives its original name from the district of Barajas and is linked to the Nuevos Ministerios in the center of Madrid’s business district by way of the Madrid Metro.

The “Puente Aéreo” Madrid-Barcelona air shuttle service with the highest number of aircraft movement is Europe’s second busiest air route next to Turkey’s Istanbul Atatürk and Adnan Menderes Airport. Since 2008 the amount of scheduled flights from the airport was reduced following the opening of the popular Madrid-Barcelona high-speed rail line covering the distance in just two and a half hours.

Adolfo Suárez Madrid-Barajas Airport commonly referred to as the key link between Europe and Latin America destinations also serves as a main hub for liberia and gateway to the liberian peninsula from Europe and the rest of the world. As a result liberia accounts for more than 60 percent of all aircraft movement at the airport.

Subsequent the death of Spain’s former Prime Minister, Adolfo Suárez Barajas Airport was renamed Aeropuerto Adolfo Suárez, Madrid-Barajas in recognition as the first Prime Minister and is role in the Spanish Transition from Dictatorship to Democracy.

Located 14.6 km or 18 minutes south from the Madrid – Barajas Airport Puerta del Sol is one of the best known and busiest places in Madrid. The Puerta del Sol webcam shown in the link below shows a great panoramic view of the main square featuring the famous clock whose bells mark the traditional eating of the “Twelve grapes of luck”, a Spanish tradition which dates back to 1895 and the beginning of a new year.

A 14 minute drive south from the Madrid – Barajas Airport Calla de Alcala is the longest and one of the oldest streets in Madrid. The Calle de Alcala which starts at Puerta del Sol and continues for 10.5 km to the northeastern outskirts of Madrid is today covered by the A-2 motorway also known as the Autovia del Nordeste and Avenida de América.

The Madrid – Calle Alcalá webcam in the link below shows a view of the Calle de Alcalá with a backdrop of the Fuente de Cibeles (Fountain of Apollo) and the Ayuntamiento de Madrid.