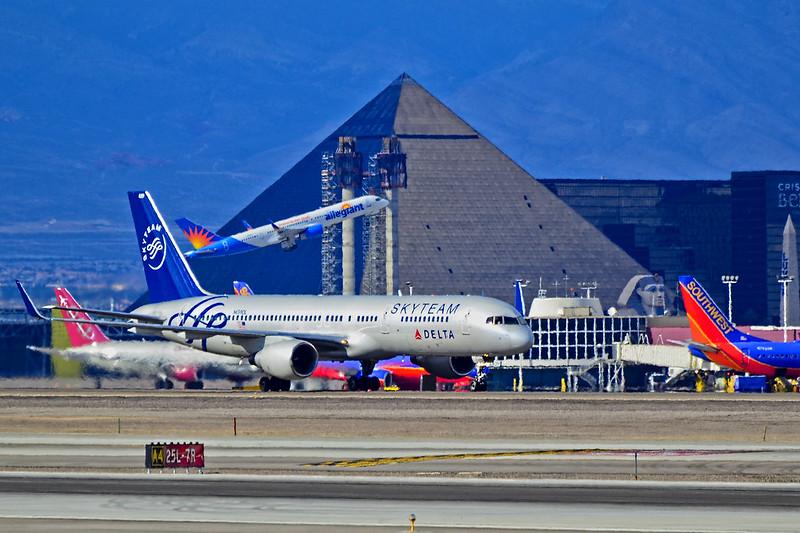 Owned by Clark County and managed by the Clark County Department of Aviation, the McCarran International airport is situated on 1,100 ha and has two terminals and four runways. Other terminals are used for private aircraft, sightseeing and cargo flights and for US government contractors.

Terminal 2 which was opened in 1986 and used in 1991 designated The Charter International Terminal was used mainly for international and charter flights to Las Vegas. Terminal 2 contained 8 gates, four of which were equipped to serve international flights and featured a VIP lounge for its first class passengers. In 2012 Terminal 2 was closed and scheduled to be demolished though a date has been set.

Following the closure of Terminal 2 the airport opened its Terminal 3 which is used for all international and some domestic flights served by the airport. The new Terminal 3 building which includes Concourse E and an added 14 gates is to date the largest public works project in Nevada as a cost of over $2.4 billion. Terminal 3 contains its own baggage claim and parking garage as well as a multistory parking facility containing over 5,900 spaces.

Facts About The McCarran International Airport

Owned by MGM Resorts International, the Bellagio Hotel and Casino is located 2.4 miles, 33 minutes northwest of the McCarran International Airport. The Hotel by way of an online webcam refreshed every 15 minutes shows an exclusive view of the of the Bellagio Gardens featured in the video link below.

A “home away from home” the Jockey Club is conveniently located between the Las Vegas City Center and the Bellagio Hotel and Casino. The Club which is 2.3 miles or 31 minutes from the McCarran International Airport offers a high def view overlooking the Bellagio Fountains and the center strip by way of two static HD rooftop cameras refreshed every 45 minutes.