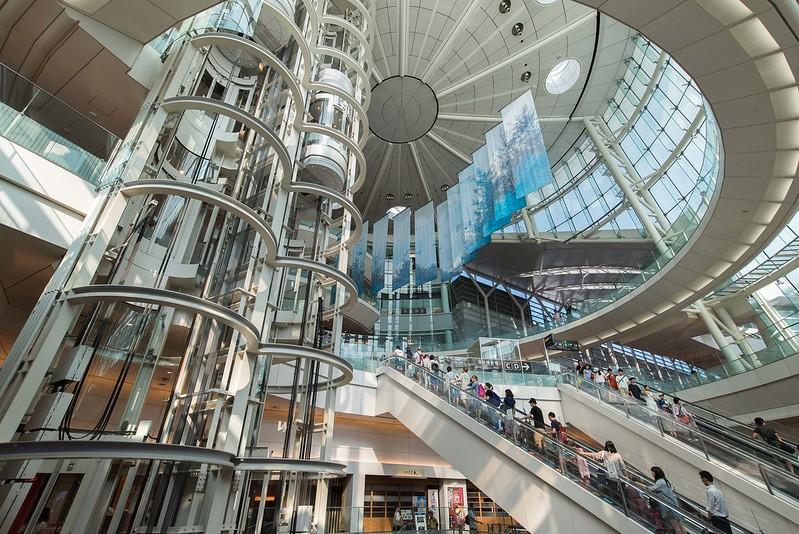 Located in Ōta, Tokyo about 8.7 miles south of Tokyo Station and commonly known as the Tokyo Haneda Airport or just the Haneda Airport, the Tokyo International Airport is one of two major airports serving Japan’s metropolitan area including the Yamanshi and Kanto region as well as the central hub for Japan’s two foremost domestic airlines, Japan Airlines Co,. Ltd (JAL) at Terminal 1 headquartered in Shinagawa and All Nippon Airways headquartered at the Shiodome City Center at its Terminal 2 in addition to a number of low-budget carriers included StarFlyer, Skymark Airlines, Skynet Asia Airways and Air Do.

Facts About the Tokyo International Airport

▪  Since 1978 the Haneda Airport was the main international airport serving Tokyo handling nearly all domestic flights to and from Tokyo in addition to a number of scheduled charter flights to a few major Eastern Asia cities right up to 2010 during which the Narita International Airport managed the vast larger number of international flights.

▪ In 2013 the Haneda Airport handled over 68 million passengers acknowledging the airport as the second busiest airport throughout Asia and the fourth most crowded airport globally next to Hartsfield-Jackson Atlanta International Airport, Asia’s busiest Beijing Capital Airport and the London Heathrow Airport.

▪  Accompanying with the Narita International Airport, Tokyo is recognized to have the the third most busiest airport system worldwide next to London and new York.

▪  Forbes Traveller.com awarded the Haneda International Airport in 2009 as the most punctual airport for a consecutive two year period in observation of its record setting 94.3 onetime departure flights and 88.6 onetime arrivals.

Featured in the video link posted below is a live broadcast taken from the Haneda International Airport, Tokyo, Japan via three on-site webcams located on the airport, the terminal buildings and masts as well as a fourth webcam featuring a view of the aprons, gates and Runways 34L&R.

A fifth and user operational webcam located west and off-airport at the Tokyo Monorail terminal offers a live view looking North West at the Runway 04 Hold, plus hangars.

Located off-airport at the offices overlooking the Tokyo Bay sits a sixth webcam featuring a south east , south and northeast view of airplanes arriving and departing from the Tokyo Haneda Airport seen far off far right of the webcam extent.