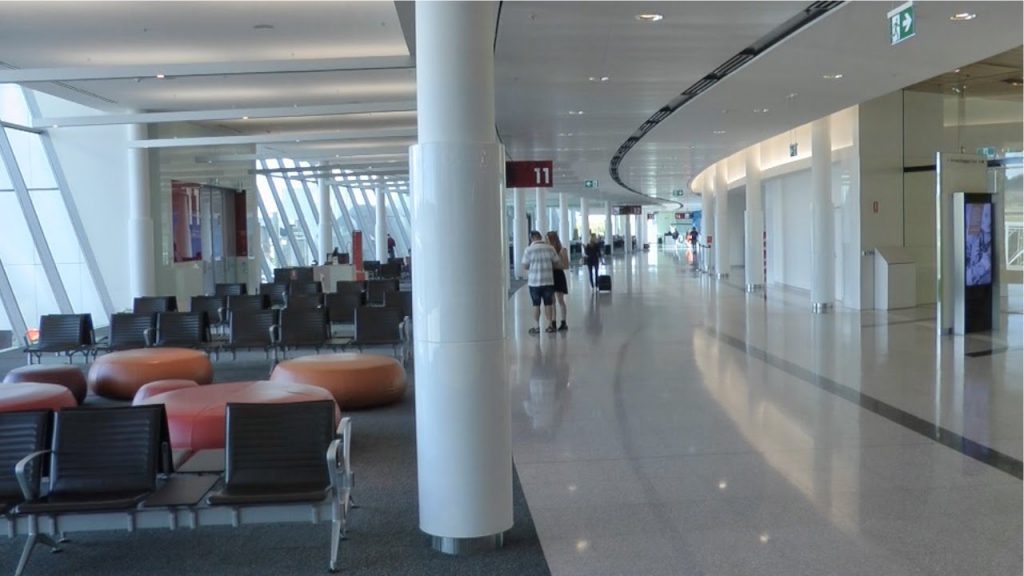 As one of the most important airports in Australia, Canberra Airport serves a very specific – and important – purpose. After many years of serving the capital of Canberra with distinction, the airport also takes in many parts of the region of New South Wales as well. This sheer size and volume of traffic alone means that Canberra Airport is one of the most commonly used airports in the whole of Australia.

For anyone who wants to see just how immense Canberra Airport is, you should check out this Canberra Airport webcam. This will let you see first-hand just how beautiful this airport is, and why it’s an absolute godsend to come and visit. As the eighth busiest airport in the whole of Australia, it plays a major role in local and regional movement across the county and beyond.

However, Canberra Airport has a very important distinction that has to be cleared up. Although known as a Designated International Airport by the Australian government, it has no scheduled international flights. For this reason, the airline can be a little confusing to fly with – be sure to read up on any potential flight options from Canberra Airport before signing up.

Also, take into account the fact that this will slowly change in time. In 2016, Singapore Airlines announced they would begin basic international services to and from Canberra Airport. Given that the airport is such a majorly important part of Australian growth and development, especially within the Canberra region, it’s no surprise it has such a positive reputation.

By giving people quick and easy access to every other capital city within Australia, Canberra Airport is the perfect place to begin any particular flight across Australia, with high-end facilities making it easy.

In 2011 alone the airport took on more than 3.2m passengers, making it one of the most commonly used airports in Australia for that year and beyond. The airport has seen major improvements in the past, with the 2009 refurb of the airport making sure that it looks fresher and clearer than before. It’s also got a bright future, with future traffic plans and international flights all part of the ideology for Canberra Airport in the coming years.

Whatever your reasons for deciding to use Canberra Airport, you‘ll find that it offers a welcoming, friendly and deeply accommodating airport.

The airport itself is a really exciting and easy airport to come and check out – don’t believe us? Check out this video of Canberra Airport. This tour will give you an idea of what this airport holds and why so many people love coming here. It’s an exciting and fun place to be, and this makes it a really easy airport to operate within.

However, like every other airport, it’s split up in a very specific manner. The airport has gone through major re-developments over the years, with major improvements made to nearly every element of the building to maximize its appeal and performance. The airport itself has a major terminal with two wings – the Southern, and Western, Concourse. These are separated by a large Atrium which is the major central point of the terminal and where most people will start their entrance to Canberra Airport to begin their journey.

You also get access to the Brindabella Business Park which was added in the early 2000s. This major business park offers a large retail precinct as well as various other benefits to the nearby area, creating a really interesting design of airport.

One of the most striking things about Canberra Airport, though, is the layout. With such an easy to work design you should have no problems getting from A to B in this airport. It also makes use of two awesome runways with 3,283 and 1,679 metres of space on each. This makes it easy for aircraft of various sizes to get in and land.

Add in the other major areas of the airport, such as the RAAF squadron that sits at the old AFB known as Fairbairn. This adds yet another element to the airport, helping to further sell its versatility and the way that it typically looks.

Flight trackers are very useful in helping you move forward and to find the right times to arrive. If you are struggling to plan and prepare an entrance to Canberra Airport then you should try and time it to be along with the flight tracker. Also, be sure to check out the below webcams to see what other parts of Canberra the city is like as you arrive here.

This excellent video stream of Latham will give you all the help that you need to see just what is going on around you as you arrive. Whilst Latham can be a fair quiet place this will give you a good idea of the overall traffic, the general busyness of the area and many other elements of Canberra.

One part of Latham that is always useful via the Latham webcams, though, is spotting what the weather must be like. If you are not someone who deals with the heat well then check out this webcam before you leave – it’ll help you, trust us!

The CYC is a very popular institution within Canberra, and now you can a look at this Lake Burley webcam. This gives you a good idea of various elements of importance such a wind speed, direction and overall average speeds to help you arrange your time to come down here.

If visiting the CYC is on your things to do list before you arrive here, it would be very useful if you took the time to see what activities are going on down here. Check out this webcam to get all the information you need.