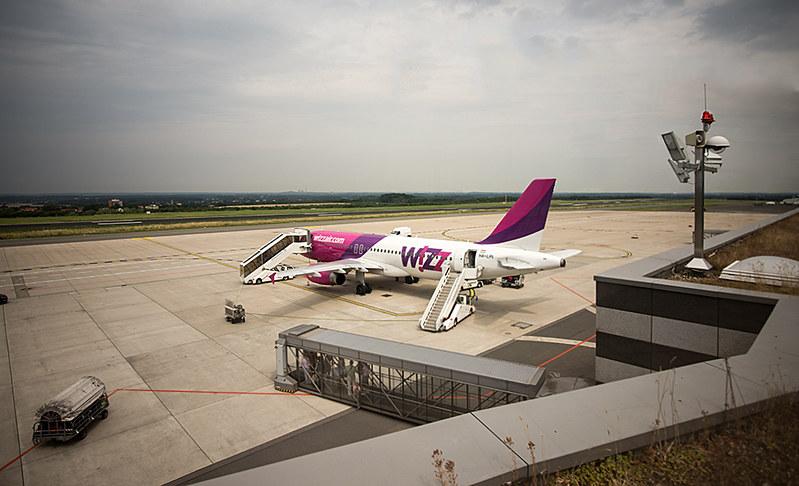 As one of the less commonly used airports in Germany, Dortmund Airport plays a major role in the overall enjoyment, class and style of the city itself. A true working class area that was once part of the thriving industry of Germany, Dortmund is a city that everyone should try and visit. Based in a major part of the North Rhine-Westphalia region, Dortmund is a city with many inhabitants and a city that sees many people turning up for various reasons.

Although the industry that once ran this region is dying out and nowhere near prior original strength, Dortmund Airport is a haven for those coming to the region.

If you want to see what Dortmund Airport has to offer then you should head over to this Dortmund Airport webcam. Here you can see the airport being used and what it looks like from the outside, giving you plenty of ideas and notice about how the airport is looking today. This webcam can be viewed whenever to help you get a clear and open image of the airport, allowing you to turn up here as and when you desire knowing what is waiting for you.

Dortmund Airport is very popular for a variety of reasons, not least because it offers low cost and leisure charter flights with ease. The airport itself is usually quite busy despite its rather small size, and with around 1.9m passengers per year it’s a good alternative to come and land at from Dusseldorf Airport.

Dortmund Airport itself was a major part of the Second World War, as the Germans used it as a major air base. It was eventually used by the RAF later on down the line, and it was part of the RAF usage until 1955. By 1960, it was relocated to Wickede. The old airport was left behind until the 1990s.

This airport, though, is a part of the culture and history of the city. From the late 200s, Dortmund Airport has begun to become far more popular again for various reasons. It continues to grow and improve as it continues to become a more popular destination. One of the deciding factors in the growth of Dortmund Airport has been the increasing operational hours as well as the better transport connections that allow you to get to and from the airport.

The airport itself is very nice to look at, with an effective and easy to follow design. It uses a 2,000m runway that looks excellent and should give most aircraft the capability of landing here – within reason. The airport itself, though, is quite minimalistic in terms of the amount of traffic that it takes in.

Although this can seem to make some problems for those who wish to travel to Dortmund Airport, the ease of travel here thanks to improved travel connections means that getting here should be a lot easier than it once was for most travellers here.

Many airlines work out of this airport, including the likes of Wizz Air, SunExpress, Ryanair, Germania, Freebird, Eurowings, EasyJet and airBaltic including many others. This large volume of airliners all arrive at the same kinds of venues and this ensures that Dortmund Airport continues to thrive and grow as the years go by. Continual development to the airport means that the long-term future of the airport is one of chance, positivity and development.

Since Dortmund as a city is witnessing a slow but consistent revival, it’s no surprise that Dortmund Airport is one of the most effective places to visit.

If you are interested in seeing Dortmund Airport properly then you should consider using the Dortmund Airport tour guide video. This simple video will show you many aspects of the airport from multiple perspectives, allowing you to decide and understand if you are moving in the right direction with regards to the airports overall style.

It can be a bit of confusing place to work out when you first arrive but this video above should do everything that you need to help you understand and appreciate where you are going. Be sure to check out the video if you need any assistance.

A major part of using Dortmund Airport is that it has many flight trackers systems that you can turn to. These will help you stay on track with your flight and make sure that you can easily get all the information you need to get from A to B with relative ease.

However, the flight trackers are also useful for helping you stay on time. If you worry about missing your flights or not knowing the best times to turn up be sure to check out the Dortmund Airport flight tracker which is sitting just above.

One of the major regeneration products across Dortmund has been the introduction of the new market locations. These help to set the skyline of a wonderful city and offers a great way for you to see many parts of the city as you would have expected.

If you are looking to find some of the finest deals and bargains that this wonderful city has to offer then you should definitely consider checking out the Alter Markt webcam. This will help you see just how busy it is, helping you decide when you should head down – or when you should avoid it!

The Westfalenstadion – or Signal Iduna Park – is home to the famous BVB Borussia Dortmund. BVB are one of the most powerful football clubs in German and European football, and play a major role in many parts of the German football teams success. However, their stadium is one of the most impressive stadia in the world and now, with this Westfalenstadion webcam, you can check it out for yourself.

Have a look and see what you think of this wonderful structure with this live webcam. Now, you can follow the fortunes of BVB both from afar and with this webcam!