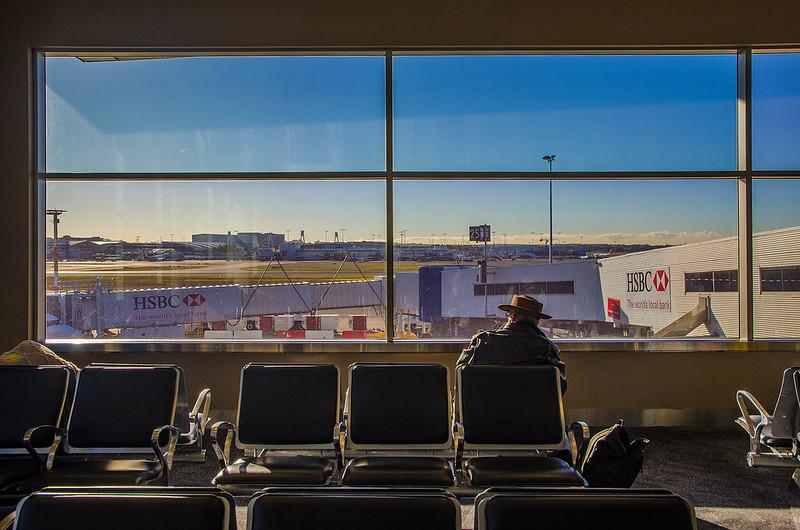 Located 5 miles south of the city center, in the Mascot suburb of Sydney Australia is Sydney’s major and only airport the Sydney (Kingsford Smith) Airport.

The airport which is often referred to as the Kingsford Smith of Sydney Airport is the primary hub for the Australian flag carrier and largest airline by fleet size, international flights and international destinations, Qantas Airways Limited as well as serves as a secondary base of operations for the Australia’s second-largest airline Virgin Blue Airlines and Australia’s low-budget airline carrier Jetstar Airways.

Sydney Airport is located next to the open oceanic embayment Botany Bay and has three runways commonly referred by the locals as north-south, east-west and third runways.

Sydney Airport has three passenger terminals. Terminal 1 today known as the international terminal is located in the north western sector and has 25 gates served by aerobridges.

Terminal 1 also has a number of remote bays occasionally used to accommodate large aircraft such as the Airbus A380 on arrival and departure flights aboard Singapore Airlines; Dallas, London by way of Dubai, Hong Kong, Los Angeles and China Southern Airlines. Terminal is separated by a runway which results in connecting passengers subjected to longer wait times.

Terminal 2 located in the north-eastern sector of the airport was base for operations of the former major Australian airline group Ansett-ANA. Terminal 2 which has 16 parking bays serving Virgin Australia Regional Airways, Virgin Australia, Jetstar, Regional Express Airlines and Tigerair Australia is served by aerobridges and several remote bays for regional aircrafts.

Terminal 3 Sydney Airport’s domestic terminal is used by Qantas Airlines after moving their base of operations form Terminal 2 in 2013. Terminal 3 building which is primarily the result of renovations made during the 1990s has 14 parking bays served by aerobridges, a large Qantas Club lounge and a dedicated Chairmans lounge for its Business Class passengers.

Facts About The Sydney Airport

EarthCam Networks Sydney Cam in association with the inner-city suburb of Sydney, New South Wales, Barangaroo offers viewers an amazing view of the Sydney Australia including the famed Sydney Opera House and harbor bridge located north of the airport. By clicking on the link provided below you can watch as boats navigating around the harbor of this popular city on the south-east coast of the Tasman Sea.

This webcam shows Sydney’s complete city skyline from the Lower North Shore suburb of Linley Point near Lane Cove. To the left you can see the Riverview peninsula close to St Ignatius College Catholic secondary school with the exclusive, affluent suburb of Linley Point to the right with the North-Western region of Burns Bay central joining the Land Cove River. Just behind the Lane Cove River you can see the suburb of Hinters Hill situated on the small peninsula that separates the Lane Cove River and the Parramatta River.