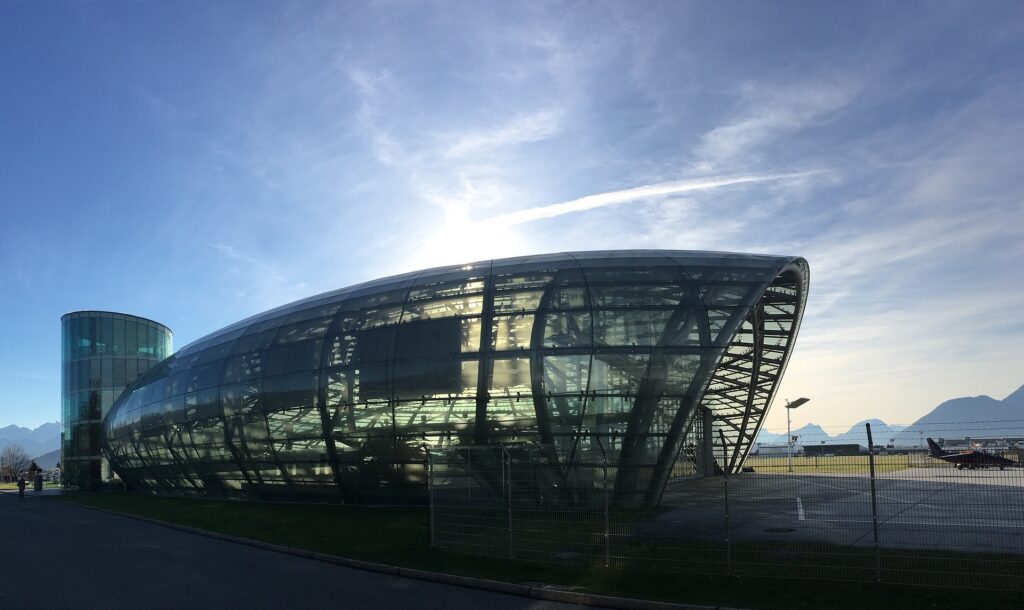 With the fact that Salzburg is such a common gateway into the skiing havens of Europe, it should be no surprise that people here like to turn to Salzburg Airport as one of the most enjoyable airports around,

Indeed, this is a gateway into the Ski Amade region which is the largest connected set of ski resorts in the whole of Europe. The airport itself is actually named after Wolfgang Amadeus Mozart, and was one of the reasons why Salzburg Airport became so incredibly popular so quickly. The name is just part of the attraction, though – it’s the unique history of Salzburg Airport that impresses.

Before the Second World War, Salzburg Airport served as a taxied aircraft location that was used for various groups. For example, it was used quite regularly by the Deutsche Luft Hansa and before long Salzburg Airport was part of a route that included Vienna and Innsbruck.

Salzburg Airport changed majorly, though, come the outbreak of the Second World War. It was seized by the Germans and this limited the potential for the airport, as it was seized and brutally held until 1944. The US Army smashed Salzburg Airport with fire bombs alongside the city of Salzburg itself as part of 15 air attacks on the city. Despite this, Salzburg Airport remained practically untouched and, before long after the war had finished, Salzburg Airport was back to being a regular part of the European flight schedule.

Today, the airport is a major part of the economy of Salzburg, and Austria in general. The attraction of the city of Salzburg means that many people will fly here directly. Typically, the airport supports the use of many low cost airliners such as Ryanair and Austrian Airlines. This increased demand and constant improvement means that, to many, Salzburg Airport is the ideal place to start your journey throughout Austria.

If you would like to see more then you should take a quick look at this Salzburg Airport webcam, giving you a perfect view of the airport itself.

At the time of writing, Salzburg Airport consists of just two terminals. Alongside the two terminals is one major 2,750m runway that is made of concrete.

The first terminal, Terminal 1, is very important. The main building here consists of 26 brilliant check-in desks, a wide range of new service counters and great recreational areas. From major shopping outlets to new restaurants and even a visitors terrace you can relax, spend and just have some fun here at the other parts of the airport long before you have to go and board your flight – Salzburg Airport offers just that.

Indeed, it also has 9 boarding gates which are used for Schengen and non-Schengen destinations. With no jet bridges you will have to walk around or use the buses to get around the place.

Terminal 2 is the much smaller and less exceptional of the two parts of Salzburg Airport. This is still quite an important part of the airport, though, as it features nine new check-in counters, four new boarding gates and a new check-in location for anyone going skiing. If you intend on going skiing soon then you should definitely come here to get your bookings managed quickly.

Given that Salzburg Airport takes in around 1.8m passengers per year, it tends to be quite busy. If you would like to get to know Salzburg Airport more, though, you should check out this excellent Salzburg Airport video tour. In this virtual tour guide you will get to go through the city and see it all for its typical glory and style.

Salzburg Airport offers an easy and effective way for you to enjoy and appreciate this amazing city and country, but with the tour guide above you don’t need to find yourself getting lost in the mini-labyrinth that is Salzburg Airport!

This is a very useful situation and will give you a really strong appreciation of using Salzburg Airport. You can also use the flight tracker to know where your flight is so that you can time your leaving to get to the airport with ease, improving your flight accuracy.

The stunning architecture and friendly designs of the city of Salzburg obviously make it a fun and exciting place to live. The Mirabell region is just the same, giving you an easy way to see this wonderful part of the city come to life in a way that it rarely has in the past. Not only does this offer an easy way for you to enjoy looking at this exceptional city, but this Mirabell webcam will make it easier than ever to make sure you know what’s coming.

Check out this part of Salsburg with the Gaisberg webcam. This is a fine location that offers a breathtaking view of the world below you, giving an interesting and engaging look and feel that usually would be hard to replicate. Thanks to this wonderful look, though, you can grow to enjoy and love spending time around the Gaisberg area.

If you have never been before then check out Gaisberg to get a rough idea of what other parts of Salzburg may look like. You’ve had a look at the Salzburg Airport webcam, so check this out to see the difference in styles of each part of the city.