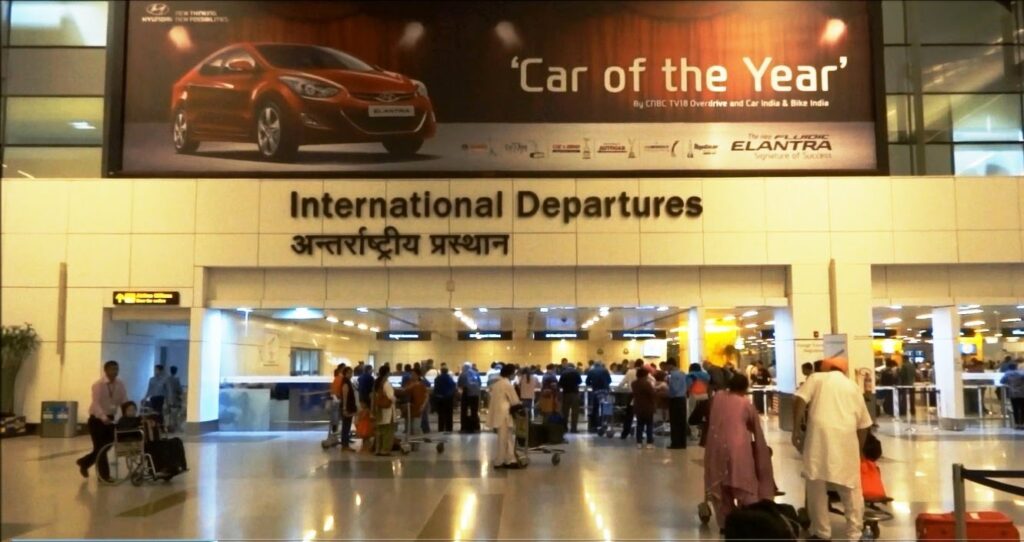 Since then the IGIA which has been maintained and operated by the Delhi International Airport Private Limited and has become one of the leading airports in India used for domestic, international, cargo and privately chartered flight since 2009.

Facts About the Indira Gandhi Airport

Terminal 1A which was built in the early 1990s before its closure in 2010 after a fire was used by Air India regional flight. Terminal 1A which has remained closed is scheduled to be demolished on completion of newer terminals.

Terminal 1C, as well as Terminal 1D, are used primarily for the boarding of domestic flight served by the airlines Go Air, Regional IndiGo and Spice Jet. Notably Terminal 1C is dedicated for domestic arrivals and has a larger luggage area to handle the increased domestic luggage. The newly built Terminal 1D for domestic departures was commissioned in 2009 and is the capacity to handle over 10 million passengers annually. The terminal which has 72 Common Use Terminal Equipment enabled check-in counters also has 16 security channels and 16 self check-in counters.

Terminal 3 inaugurated in July 2010 is to date is the world’s 8th biggest terminal used for domestic and international flights. Terminal which contains 168 check-in counters, 48 contact stands, 78 aerobridges, 54 parking bays 15 X-ray screening areas and 95 immigrations counters serves a a hub for many major operators of international flights as well as several domestic airline operators including Kingfisher airlines, Jet Airways, and Air India. With the shift in operations of all international airlines to Terminal 3 in late July 2010, the Indira Gandhi International Airport became the largest aviation hub in South Asia. Future plans for expansion of the airport is set to increase the airport capacity to an estimated 100,000,000 passengers by the year 2030.

Cargo Terminal of the Indira Gandhi International Airport managed by the Celebi Delhi Cargo Terminal Management India Pvt. Ltd. in charge of cargo activities and operation. The cargo bay of IGI airport is located 1km away from Terminal 3.

The Indira Gandhi International Airport offers free baggage trolley service to travelers as well as Baggage wrapping services inside the airport for packing. There are counters for lost and found baggage which are used to help travelers locate lost luggage baggage by way of notifying the service desk.

Places to Eat and Shop:

There are a variety of diners and restaurants located on the premises of Indira Gandhi International Airport where persons can find a wider range of foods from local Indian dishes to Continental cuisines. Several shops are also accessible for shopping where persons can purchase products from some of the more popular brands as well as buy basic items such as books, souvenirs, travel items, etc.

This live pan, tilt and zoom webcam brought to you by Camvista offers a live streaming video of the South Delhi district of New Delhi, India. The video which is made available from a traffic webcam overlooking the BRT Traffic Corridor allows viewers to view the busy traffic and weather conditions in the Saket area of New Delhi just 13.1 km feast rom the Indira Gandhi International Airport.