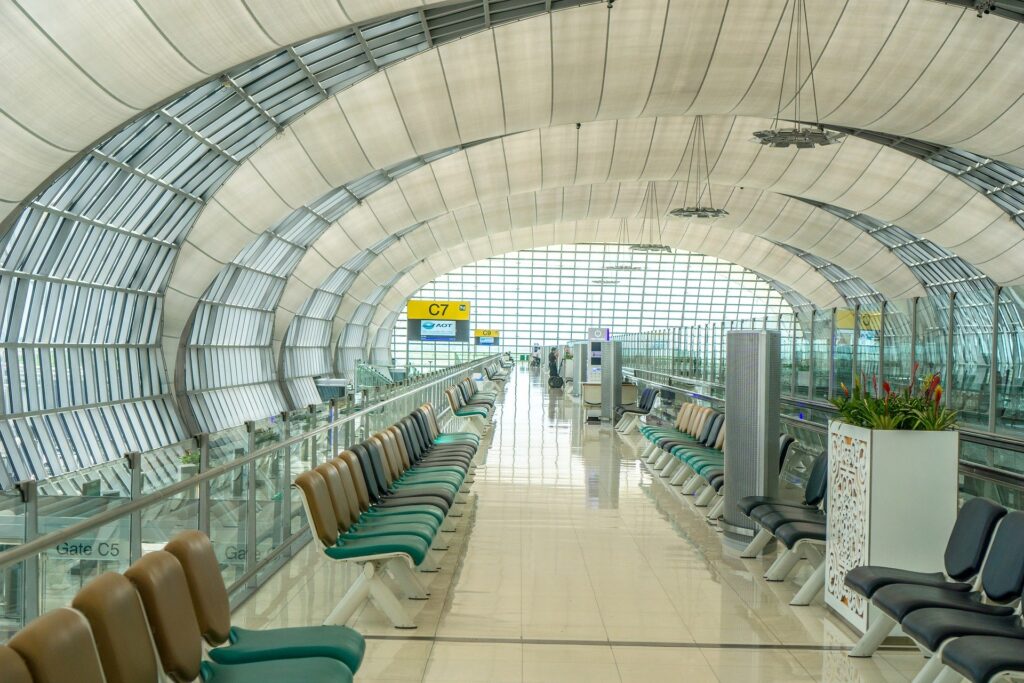 The Suvarnabhumi Airport is located 16 Miles east of downtown Bangkok in the commune of Racha Thewa, the Bang Phli District, and the central province of Samut Prakan on what was formerly a low-lying swamp known as the Nong Nguhao or Cobra Swamp.

The Suvarnabhumi Airport is today the primary hub for the operations of Bangkok Airlines, Orient Thai Airlines, Thai Airways International as well as serving a gateway and connecting point for several international carriers.

Facts About The Suvarnabhumi Airport

The Millennium Hilton Bangkok and EarthCam networks have come together to offer online viewers an exclusive view of Thailand’s capital city, Bangkok. The webcam which offers live streaming shows the Chao Phraya River running which runs through the city surrounded by its many popular attractions which include the official residence of the Kings of Siam since 1792, Grand Palace and the floating market in the Ratchaburi Province of the Damnoen Saduak District west of the airport.

The Bangkok Pattaya Pier located south of the Suvarnabhumi International Airport is a central feature in Thailand found close to the end of Walking Street in the southern point of Pattaya Bay one of the largest beach resorts in Asia. The Pattaya Pier Webcam offers an exclusive view of the Bali Hai pier located in the heart of Pattaya and serves as one of Thailand’s popular meeting point for tourists.